Installing an operating system and software on the Raspberry Pi 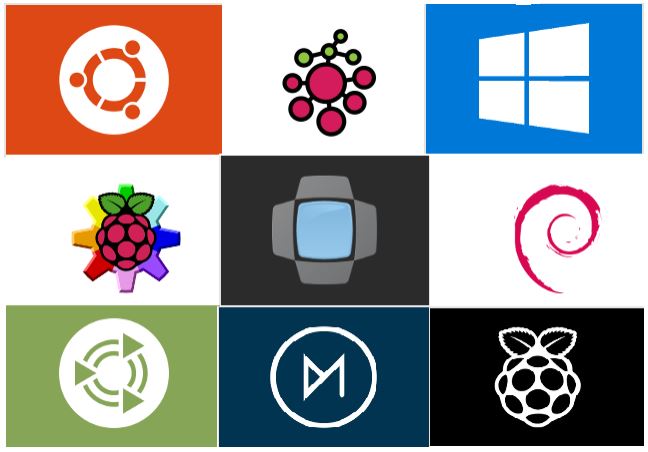 What operating system does Raspberry Pi use?

There are many operating systems available for the Raspberry Pi. Raspberry’s own OS is based on Debian Linux and is called Raspberry Pi OS. This OS has most features that anyone would need from a basic OS. Other popular alternatives include:

You can read all the information you need in detail about setting up Raspberry Pi 4 on their official website. Here is what I did—I downloaded and launched the Raspberry Pi Imager and followed the super-easy on-screen instructions to install the Raspberry Pi OS onto an old Micro SD Card I had lying around. I got a cheap card reader to transfer the files to it. The whole process took about 6 minutes, which included downloading the Imager to my Mac, downloading the OS needed, installing the OS on the SD card and verifying the card. The whole process is very seamless and can be done by anyone who understands the basics of using a computer.

Installing an operating system on the Raspberry Pi 4B

The easiest OS to install or upgrade is macOS. Windows 10 is a very close second, however, second place here definitely goes to Raspberry Pi OS. All you do is run an imager to copy files onto the SD card, shove the SD card into the Pi and let it do its magic. It will only take a few seconds to start up! It is really that simple. The on-screen instructions will help you set your locale, set a password, connect to your WiFi or Ethernet connection and you’re done. Raspberry Pi OS will automatically download the updates (if any) and be ready to use in a jiffy!

Starting up the Raspberry Pi 4B

Note: The Raspberry Pi 4B does not have a switch to turn it on or off. Simply plug in the USB-C cable to turn it on. DO NOT unplug the cable without saving your files and shutting down the device! You may lose unsaved data or even corrupt the OS installation on your SD card.

Shutting down the Raspberry Pi 4B

Turning off and shutting down are two different things, as is the case with any device. To Turn Off the Raspberry Pi, first,click on the Raspberry menu and choose Logout. From the Shutdown options pop-up, choose Shutdown and then unplug the power cable. You can also choose to Logout if you wish to log off but keep the system running, and Reboot if you wish to restart your device from the Shutdown options pop-up menu.

Getting the software you need

Chances are, that the software you really need might not exist for the Raspberry Pi 4, but an open-source clone may exist! The applications I use the most include a web browser and a word processor. Both of these applications are downloadable for free. I downloaded the Chromium browser, the Grammarly add-in, and installed LibreOffice—an open source productivity suite just like Microsoft Office. Okay, I admit that LibreOffice Writer is not as fully-featured as the latest version of MS Word for macOS could be, but it is pretty close! You can download all the software you need from Raspberry > Preferences > Recommended Software or from the internet and a lot of them are free!

Running streaming services on the browser

I sometimes watch movies on Netflix/Prime. Now you might encounter problems trying to run those on Chromium and Firefox. This is because of Widevine./DRM support being unavailable in Chromium by default. Now the easy way out is to use the solution proposed by V Petkov here. This essentially “adds a new browser called Chromium Media Edition”. Go read the blog if you want to know how the nuts and bolts of this work. If you do not want to read through the blog, here’s what you gotta do:

To fix this for Chromium:

Open your terminal, type the following:

Once installed, reboot your pi.

This was the shortest list, so this is what I started with. Here’s what I disliked in my everyday use:

I noticed a slight jitter, but it could be just me and my funky internet connection that sometimes drops out. I noticed a similar jitter when I was using my IdeaPad 330s with an 8th gen Intel i3 and a slow mechanical 5400RPM HDD.

That’s it. There was nothing else that I missed. For an everyday, general-purpose computer that can do any usual task and the occasional heavy-ish lifting, the Raspberry Pi 4B is a great little computer!

← Setting up the Raspberry Pi 4 as a work computer